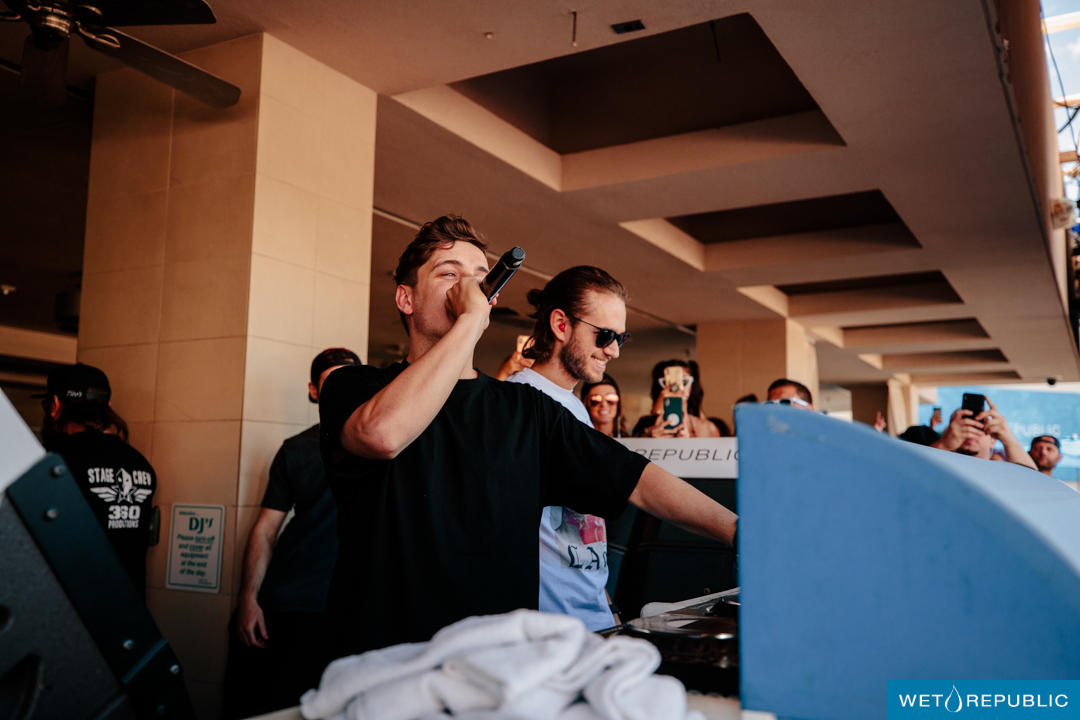 Arguably the most massive Electric Daisy Carnival week in Hakkasan Group’s history has passed and world-class headliners, sold out shows, meet and greets and more have combined for an apex experience. OMNIA Nightclub, WET REPUBLIC Ultra Pool, Hakkasan Nightclub, LIQUID Pool Lounge and others were the sites where fans were met with overwhelming energy and excitement before, during, and after Las Vegas’ biggest electronic dance music festival.

Leading the charge was Hakkasan Nightclub’s largest upgrade, “The Hakkasan Grid.” A German-built permanent kinetic light installation, made of 57, 4-foot seamless and sculptural triangles that combine to form a 30-foot showpiece which Tiësto graced the mainstage under as the next level of entertainment launched.

A personal meet and greet over eggs, coffee and great conversations followed as five lucky contest winners gathered with friends to meet NGHTMRE before his performance at LIQUID Pool Lounge. Packed out with hundreds of attendees, the dayclub came alive as guests partied under sunny skies to bass heavy vibes.

Later on, a magnificent return was in store EDC fans as Porter Robinson took flight under the kinetic chandelier of OMNIA Nightclub. Recently nominated for a GRAMMY under his ‘Virtual Self‘ alias, Porter’s performance was easily the peak moment for the renowned venue during its busiest weekend of the year.

Finally, the popular EDM YouTube channel, Proximity, returned to WET REPUBLIC for another weekend of parties as Zedd and Martin Garrix appeared for a surprise back to back set. Proximity themed shirts, towels, cabana artworks and more appeared throughout the venue as the best pool party on the Strip showed its potential in full force for a weekend to be remembered.

For tickets, bar cards and VIP bottle service packages to undoubtedly the best party on The Strip during the next EDC or any other weekend of the year, please see this link.